Tokyo — Over the past three years, the Mitsubishi SpaceJet’s project has become a quickly accelerating start-up inside a slow-moving conglomerate. Overall, the effort to create a Japanese regional jet has consumed more than a decade and approaching $9 billion.

But Mitsubishi’s saga requires a two-part delineation. The first phase, from 2008 to 2016 got an airplane into the air. While Mitsubishi Aircraft Corporation (Mitac) may be reluctant to acknowledge it, what the company produced was a full-scale technical and programmatic proof of concept, called the MRJ90. The second phase began in 2016 when Mitac began its journey back to strategic viability. It reorganized the program with new leaders with experience from around the industry, established a new foundation for certification with the Japan Civil Aviation Bureau, and under the jet’s skin, made 963 changes to the aircraft.

Related: Boeing closes the door on Embraer, opens one for Mitsubishi

On Monday, however, much of the progress the company had made in restoring the project to completion hit a brick wall. The budget for the 88-seat M90 (formerly MRJ90) has been cut in half and a launch decision on the follow-on smaller M100 for the U.S. market has been postponed, according to Mitac parent Mitsubishi Heavy Industries’ President and Chief Executive Seiji Izumisawa during the conglomerate’s quarterly results when it forecast a loss of $91.2 million in 2020 — its first loss in 20 years. 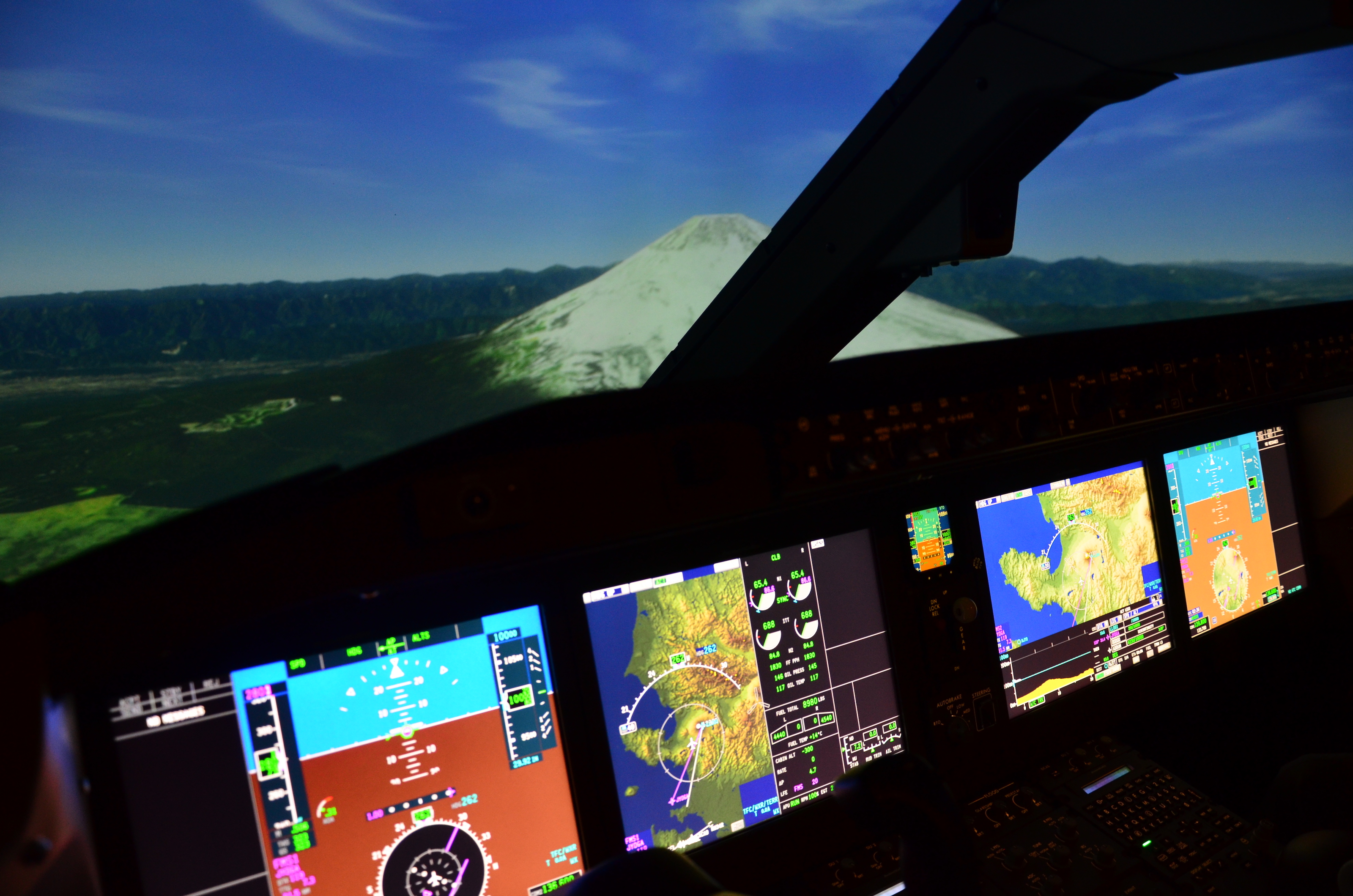 The project, like all others globally, is at the mercy of a market shattered by a global pandemic, but Mitsubishi’s aircraft start-up now faces the strategic realities — and behaviors — of its own parent, which is now growing impatient.

“While we evaluate the state of global aviation, it has been determined to reconsider the process of the SpaceJet M100 feasibility study. However, we remain committed to move the development of SpaceJet M90 steadily forward,” said Izumisawa who took over April 1, 2019 from now-Chairman Shunichi Miyanaga, a stalwart backer of the SpaceJet project and its long-term goal of seeding a future North American regional jet market. In his prepared corporate presentation on Monday, Izumisawa emphasized an “urgency around addressing development delays and ballooning investment” of the SpaceJet project.

MHI spent about $1.4 billion on the program in its last fiscal year (April 1-March 31) and was expected to allocate as much as another $1.2 billion this year. That’s now expected to be around $560 million (¥110 to 130 billion) over the coming year with the change in dynamics around the impact of COVID-19 on the aviation and aerospace business. “We will proceed with the project at an appropriate scale while taking into account the difficult circumstances the group faces,” Izumisawa told an online news conference, according to the Japan Times. 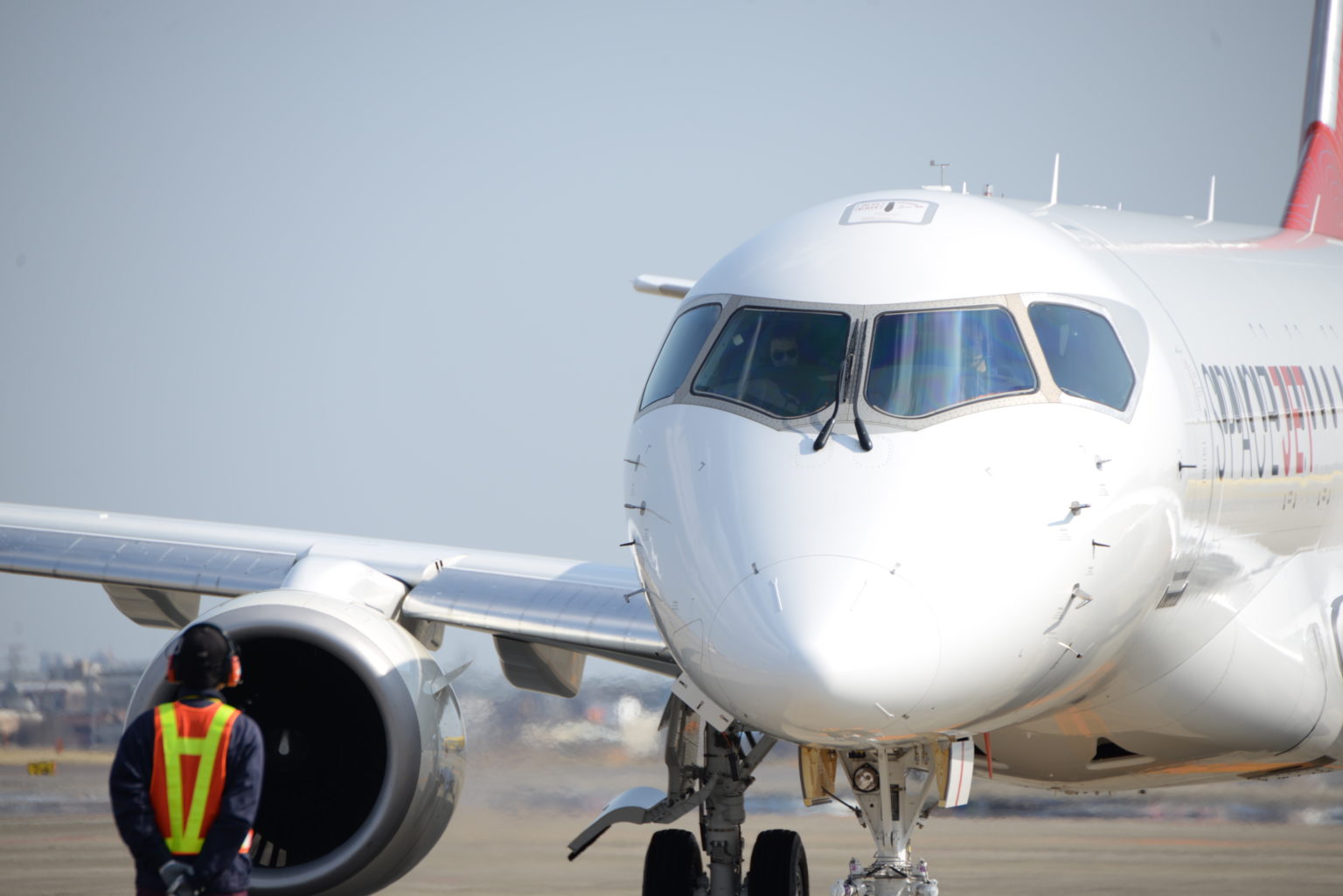 It’s a body blow for the program and the momentum it had built up. But as the initial M90 model re-enters a state of limbo, crucially, much of its own strategic viability is determined largely by the existence of the follow-on, smaller M100. That aircraft is designed for U.S. regional airlines artificially restricted by labor contract scope clauses that cap the seat count and maximum takeoff weight. Unveiled at the Paris Air Show in June 2019, the revised 76-seat M100 — formerly known as the MRJ70 — was to be ready in time for 2024 as a replacement wave for regional jets was beginning.

The case against the Airbus A220 and Embraer E2