The Civil Aviation Administration of China has ordered the country’s fleet of Boeing 737 Max 8 aircraft to suspend operations, a major escalation in the safety crisis facing the U.S. plane maker’s most popular product, according to a notification on the Chinese aviation regulator’s website.

The suspension of operations inside of China comes on the heels of the March 10 crash of an Ethiopian Airlines 737 Max 8. The aircraft crashed shortly after takeoff early Sunday during a flight from Bole International Airport in Addis Ababa to Nairobi, Kenya. The accident also follows the October 29 crash of Lion Air 610, also a brand new 737 Max 8.

In the first 24 hours since the Ethiopian flight 302 crash, little is known about the circumstances of the flight. The two-month old 737 Max 8 took off in calm conditions before 9 a.m. local time before it crashed six minutes later. All 149 passengers and eight crew were killed. Ethiopian has also decided to ground its 737 Max fleet.

The CAAC cited the fact that both crashes involved newly delivered 737 Max 8 aircraft and occurred in the take-off phase. Both accidents “have certain similarities,” according to the translated message. The Chinese aviation system has a “zero tolerance for safety hazards and strict control of safety risks,” the CAAC said. China’s policies, despite criticism of its operational efficiency, have produced the safest operating environment on the planet. According to IATA’s 2018 safety review, North Asia — including China — has incurred a 0 jet hull loss rate since 2012, even as its inducted more airplanes in recent years than any other country on Earth.

The CAAC has ordered all 737 Max 8 commercial operations suspended by 6:00 p.m. local time in China. There are roughly 100 of the updated single-aisle jets flying with Chinese airlines. Separately, Cayman Airways, which leases its 737 Max 8 aircraft, has also suspended operations “until more information is received,” according to its CEO Fabian Whorms.

The CAAC’s official notification follows The Air Current‘s reporting, confirming the grounding according to three people briefed on the situation.

The quick succession of both the Lion Air and Ethiopian crashes in less than five months presents the most significant safety crisis to Boeing and its global operators since the January 2013 grounding of the 787 Dreamliner. The fleet of 50 was grounded following twin lithium-ion battery failures aboard Japanese 787s. In that case, Japan Airlines and All Nippon Airways, the first two airlines to fly the 787 beginning in 2011, both grounded their fleets. The Federal Aviation Administration quickly followed, shortly after it had days earlier launched a comprehensive review of the 787, its systems and certification. The aircraft was only allowed to re-enter service once Boeing had design a containment and venting system for the main and auxiliary power unit batteries. 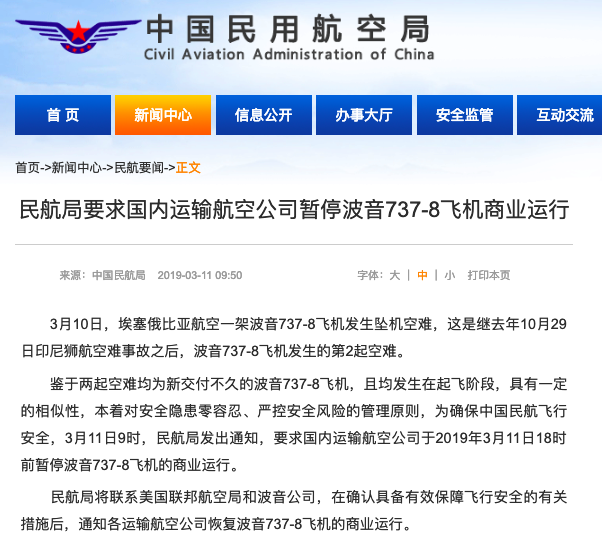 Since the Lion Air crash, the aircraft and the airline have drawn sharp scrutiny from Indonesian investigators trying to get to the bottom of the October crash. At issue for Boeing is the addition of a system intended to protect the aircraft from a stall in certain conditions by repeatedly lowering the jet’s nose with downward horizontal stabilizer trim.

The significance of the CAAC’s decision cannot be overstated and comes as the regulator is a growing force in global aviation. Chinese airlines make up fully one-third of all 737 deliveries and is Boeing’s most important strategic customer as the country expands its ambitions to grow its air travel network both domestically and internationally. Boeing in December opened a completion and delivery center for its 737 Max deliveries into China.

Boeing’s ultra-high tempo production rate at the company’s Renton factory — currently producing 737s of both generations at 52 each month —  has significantly expanded the fleet and the number of new Max operators globally since the Lion Air accident in the Java Sea. The vast majority of its production is Max aircraft, with few remaining Next Generation 737 aircraft left on order. More than 350 are now in operation. 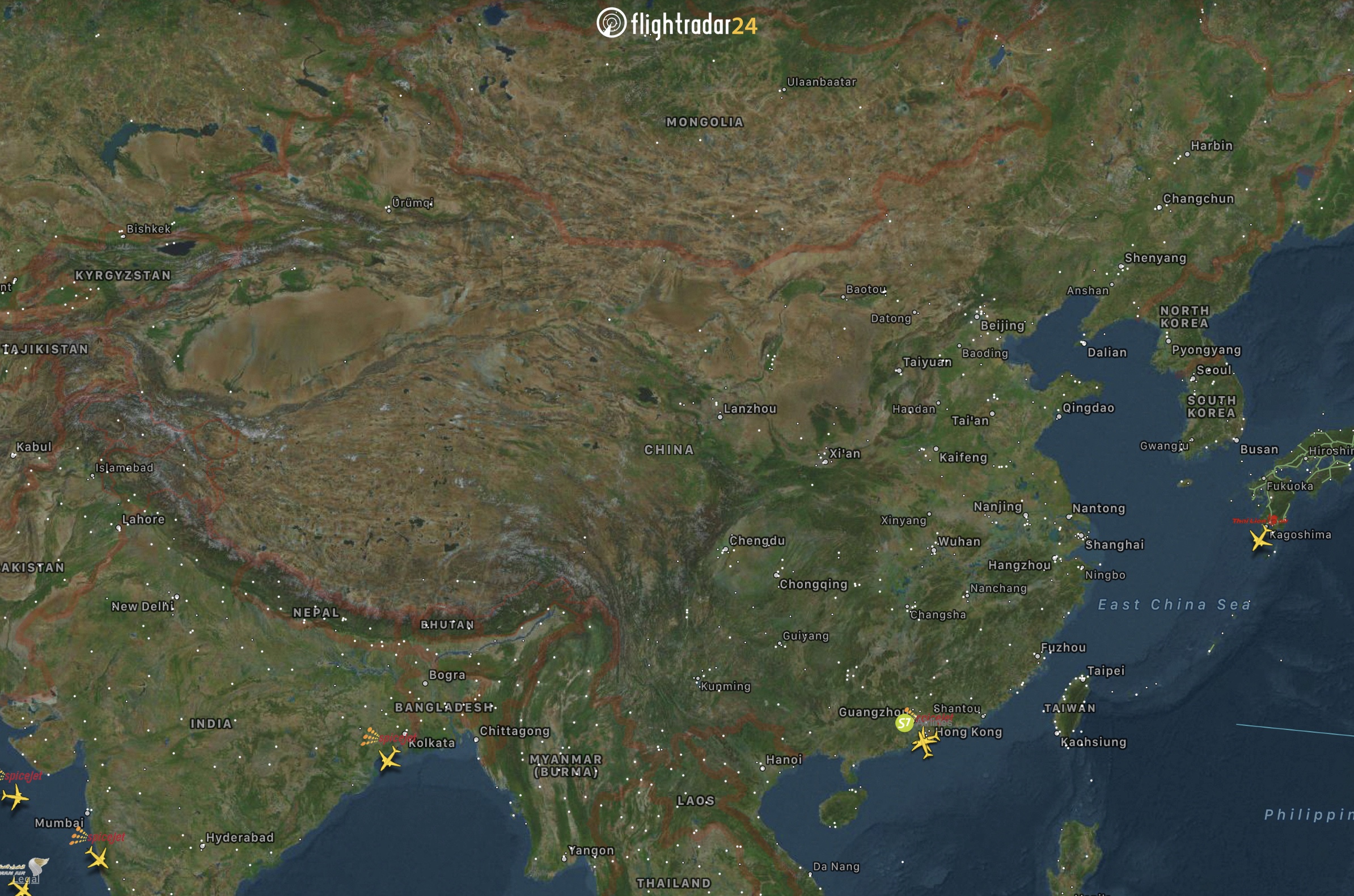 As of 8am in China on March 11, the skies were empty of 737 Max aircraft flown by the country’s airlines.

The stakes for global aviation safety could not be higher. Two hull losses, both with significant loss of life, of a newly built and certified aircraft type is unheard of in the modern era of record aviation safety.

The unfolding investigations are being watched closely by other 737 Max operators around the world. The largest operator of the type, Southwest Airlines, in an internal message to employees said it remained “confident in the safety and airworthiness” of its fleet of 34 Max 8s. “Until additional information becomes available, our current operational policies and procedures or the Max remain in place. Our Safety Management System is robust, and if additional hazards are identified, we will address them.”

A spokesman for American Airlines, the second largest U.S. operator, said it will “closely monitor the investigation in Ethiopia, which is our standard protocol.” The spokesman added that the airline, the world’s largest, has “full confidence in the aircraft.”

The CAAC said it won’t allow a return of its Max aircraft to service until “after confirming the relevant measures to effectively ensure flight safety,” assurances it is demanding from Boeing and the FAA.