Production of Boeing jetliners, the U.S.’s most valuable single export, is on hold “until further notice” as the aerospace giant grapples with the fallout from the spread of COVID-19. The company’s factories in Washington were previously slated to reopen yesterday, April 6. Now the same shutdown has extended to its plant in South Carolina where it assembles 787 Dreamliners.

With that original April 6 plan to restart operations, suppliers were expecting new guidance as early as April 8 from the company on what its production rates would be for the rest of this year. With the extended shutdown, it’s no longer clear when guidance may arrive or what it may look like.

But the decisions the company will make in the coming weeks about future airplane production have the potential to reshape Boeing industrially for the next 20 years, reopening barely-healed political and labor wounds that would amplify the strategic chaos facing the company. A sharp contraction in the production of 787 Dreamliners, the company’s most important source of cash, would put the original Everett assembly line at risk, according to interviews by The Air Current with analysts, Boeing leaders past and present, suppliers and government and labor officials.

The future of both assembly lines is far from preordained, but even before COVID-19 threw global aviation into disarray, there were clear signs Boeing was planning to rebalance its Dreamliner output toward its east coast outpost.

Unprecedented demand for the highly-efficient 787 was driven in part by steep price cuts followed by excruciating production challenges and skyrocketing costs. There was a necessity to plot booming production. Those same manufacturing challenges and a 2008 strike would ultimately mean two production lines for the program, one in Washington and one in South Carolina — all decisions made before the 787 even flew.

Before the bi-coastal shutdown, production of the mostly-carbon fiber composite airliner was split evenly between Everett, Wash. where the jet’s life first began and North Charleston, S.C., the company’s non-union plant which delivered its first 787 in 2012. A record 14 airplanes each month left both plants. 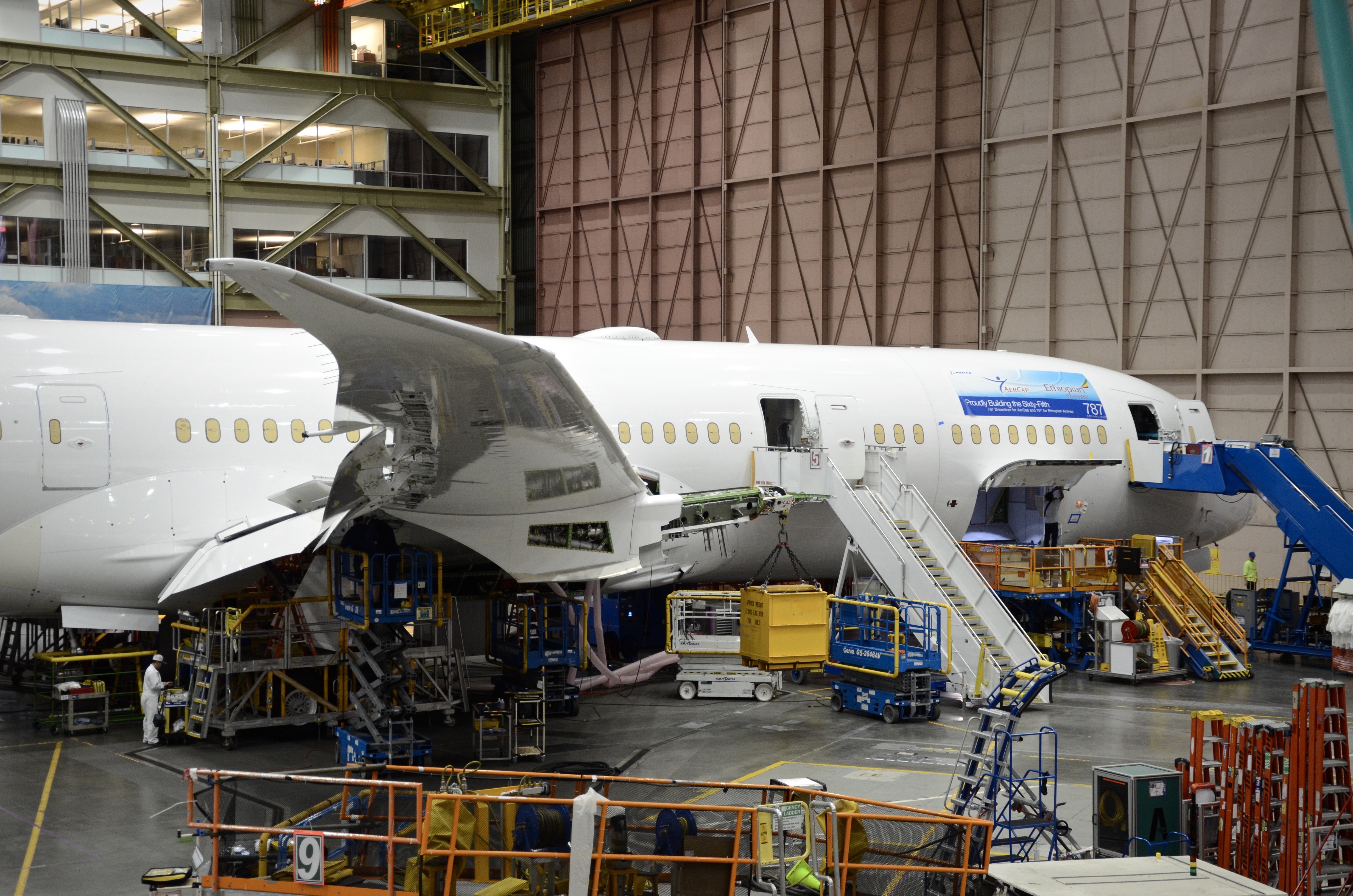 The collapse in demand for commercial airliners is not unique to any one aircraft type or another, nor is it localized to any one manufacturer. But for Boeing, the absence of the 737 Max, grounded for nearly 13 months, cannot generate appreciable cash for the company until it is recertified and airlines start paying pre-delivery payments again. As one vice president at a supplier to both sides of the superduopoly put it: “Boeing is a one airplane company, they’re extremely vulnerable.”

Confusion among U.S. airlines as airplanes fly virtually empty to get bailout funds